I’m not gonna talk about pee sex. Just…in case that’s the only reason you’re here. It was a bait and switch, lemme be up front about that.

BUT….if this were ten years ago…I totally would.

It’s a scenic path through a yellow wood.

I started to lose my domain over this domain in 2012, when Mental Floss hired me to write for them. Which was the best thing that ever happened to me. Babies…marriage yeah, great glad for it, yessir. But I was a WRITER now. And potential Public Figure. I needed to present a professional writer-y…stuff. Links to published work (I do not know if any of them are still working don’t check)…information on contacts and..just awesome…writering.

Out of respect for my extended family, the small bit that remained, I scrubbed them from any and every entry, no matter how innocuous. I didn’t know all those years ago that when a loved family told me I’d better not put a word about him or his in print, it would be the last time I ever heard his voice.

He’s not dead or anything. I don’t think. Just quite determined. He’ll give me no fodder for my sick loud mind. Which he should have thought of 41 years ago. BUT…no matter. I leave them be now best I can. Sometimes our lives overlap in the past, can’t be helped. My memories are mine no matter who else cameos. And, turns out all that remaining family…ehh…none of them ever liked me and I best leave them be. Because I can totally handle that sort of thing, so deep is my maturity and security.  (Yes I’m TOTALLY over it it’s been seven years how could I not have moved on? No, shut up, YOU’RE crying. FAMILIAL LOVE IS A LIE FOR THE WEAK!) Though, I have started getting pissed off at any novel involving a storyline where a protective older sibling will face torment to protect their little sister. I have not seen that much in life. Have you? Granted those sisters are usually far more enchanting than I’ve ever been. I’m annoying, and have resting “I’m a better person than you” smug-face. Which, if you stay with me, I will show you. This trail is alllll gonna circle round, guys.

(None the less,  fuck you Katniss. It’s my experience that in real life you’d be high-fiving Gale and going to buy vape pens at The Hob once Prim was called for Hunger Games. No YOU’RE bitter.) 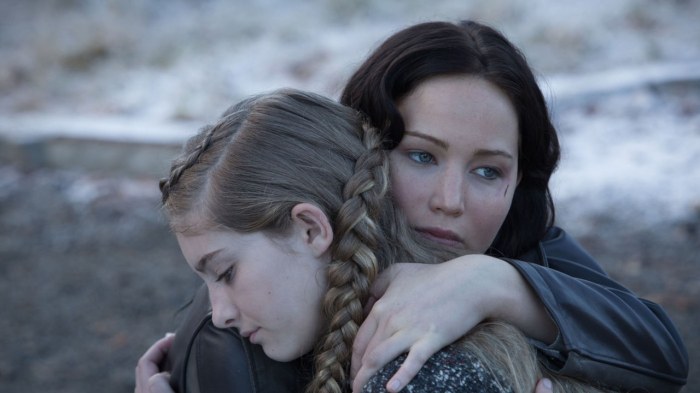 So I stopped free-bleeding over my keyboard once I was “A Writer.” But still I wrote for myself. Bold (almost) as you please. I never tried to hard to cover up the people I was writing about because I have always been certain no one is reading this. Three people. I dunno. My old English teacher reads it. Bless.

But then I wrote Unmentionable and I had a good literary agent. She reinforced to me that there were things I couldn’t do anymore if I wanted to be successful. No matter how satirical OR soundly researched my argument for “Romanian Orphans are the WORST” or “I Have Mixed Feelings About Urine in Sex Play”….just don’t. Don’t alienate readers. 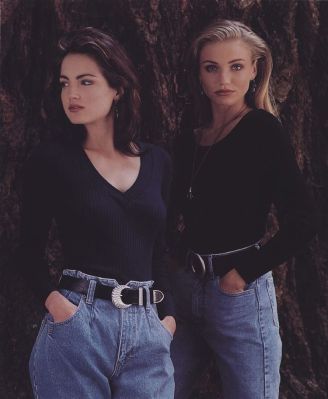 The only reason I can write well at all is because of 40 years of alienation. Of being out of step and saying wrong things and disagreeing with people. My values have always been askew of the norm. All the girls in seventh grade are snap-crotch bodysuits tucked into jeans? Well, I dressed like Dorothy from Golden Girls except with more suede rhinestones so excuse me while I fashion slam your tight healthy little bodies, bitches. Everyone trading Mariah Carey CDs in the dorm? Fine…more Weird Al and 80’s stand up comedy cassette tapes for me and my Walkman that works if I tape down the play button! Finding your khaki-panted Engineering major soul mates right and left at this religious college? Well imma bide my time…til I find an equally chubby and awkward companion on my 1998 dial up internet – and until then I got this bulk bin beef jerky and six bootleg seasons of Mystery Science Theater 3000 on VHS!

Oh, but I puff up and posture. I was discontented being outside. I tried early and often to  fit. At 13 I met a girl at camp and I just…spent two days faking my way through being really into Brenda and Dylan’s sexual tension along with the rest of the (original) 90210 gang. And if I could have made a go of it I woulda. But I could not. It was. So. Boring. And it’s all she had on offer. That and some stuff about curling irons, how shorts should be rolled…something about Amy Grant?

I offered characters and episodes from Classic Star Trek or A-Team favorites as an alternative and then we were not friends. I said the wrong stuff and alienated her.

So that’s why I don’t write much here anymore, when once upon a time I had to force myself not to do more than three times a week. Cuz I have to write smooth now, not torn and sassed up and in clashing color.

And that tends to be dull.

Not everyone thinks that way. In fact most people prefer smooth. This really clicked last week driving with a friend through a newly constructed Snob Hill one town over…4000 sqr foot houses made of pressed fiber walls and heated tile floors and really intense wainscoting. 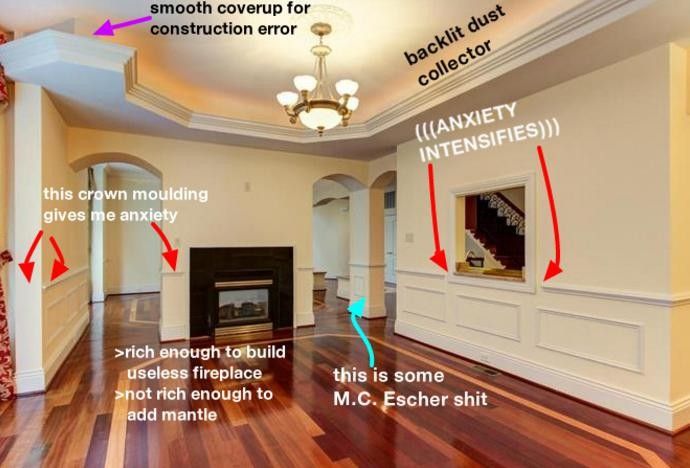 Inside, pick your signature decor theme (please select from the following : “All My Furniture is Expensive but Rubbed with Sandpaper so it Looks Like I live in a Depression-Era Oklahoma Farmhouse-theme,” “My House is Actually A Dickensian Button and Brick Factory-theme” or “Jesus and His Terrific Handwriting Have Blessed This Home-theme.” 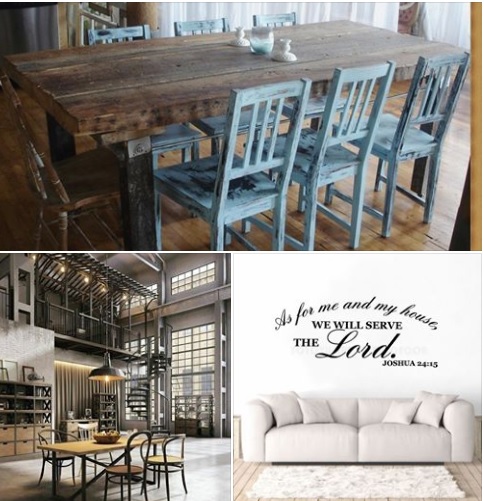 Your 3 decor options: Depression-Era Okie, Dickensian Brick Factory, or Jesus Has Blessed All my White Furniture.

We came up with a term, my friend and I.

“Highest Lowest Common Denominator.” The very best of the most common.  And say “common” with a snobby 19th century British accent cuz that’s kinda how we meant it. 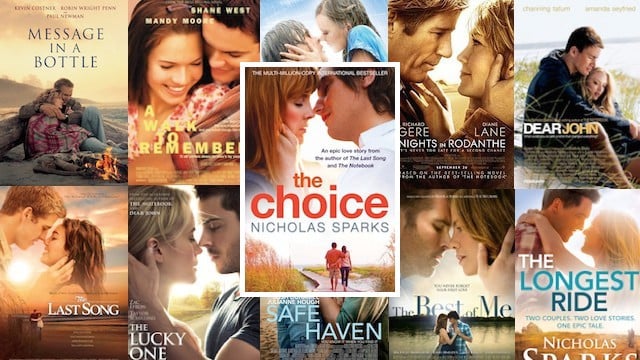 es. It’s Seinfeld and The Office. 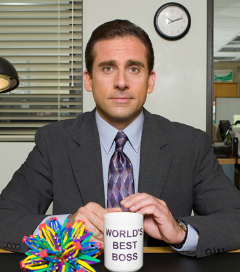 It’s when your favorite poem is “Footprints” or the Frost poem about Two Roads. Oh that’s everyone’s favorite!

It’s Katy Perry and Elton John and Nicolas Sparks and only knowing three Bible stories in which you leave out all the unseemly parts (“Wait…so God tortured Job just to prove a point to Satan? Why was He trying to prove anything to Satan? Wait I know he got NEW kids but what about all the ones the house fell on? Did they at least go to heaven???”)

I know there is nothing wrong with liking them. They’re popular because they’re GOOD. (I think Two Roads is probably the best poem in the world, and I’ve got a framed sheet music of “I Guess That’s Why They Call it the Blues” over my bed.)

But they’re smooth. No matter what you’re made of, whether it’s scratchy country wool or Gucci water-colored silk…you aren’t gonna get snagged or snarled. You won’t be offended, you won’t be terribly challenged. You won’t disagree. You won’t start thinking.

So my blog is a saucy Thomas Kincade now.  A grimdark Archie Comic reboot. A Camry.

Ok ok. And who am I to tell you that you need to think more?

Someone with a bit of spare time on her pudgy hands, I tell you what. 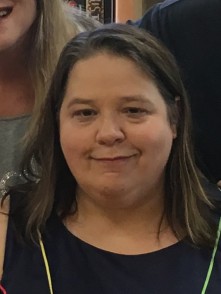 Most of the people who live these “common denominator” lives…their lives are anything but smooth. In fact most would tell me that I may directly make violent love to myself with a garden trowel if I think I’m better than them because I know three African American Poets who aren’t Maya Angelou and my faux tiger-skin office chair is meant IRONIC.

A nurse who comes home tired after her 3/12’s…she’s probably not really interested in scouring Electric Literature for the newest, most challenging novels depicting feminism in third world countries. She wants fucking Nicolas Sparks because she’s had plenty of drama and brain-work today; she saved three lives and cleaned 18 butts today. There is a book out there she’d like better, in our overstuffed world there simply must be, but she’s not inclined to scratch it out of the trenches of literary criticism: the reward is simply not worth the effort.

Point is…oh where did I PUT that point? I’ve chosen smooth, well….textured smooth. Sloppy smooth. Because I grew up. And I want to provide the highest quality lowest common denominator you can get; that’s how I feed my kids and that’s how I feel successful.

If I could, o blog my blog, you’d be frothing. I’d exhale sick sweet fumes to set you on fire with anger, mistakes, ugly things, wrinkled joys. My sin eater, my confessional.

But Two Roads Diverged in a Yellow Wood, and I, I took the one that’s been paved with bike-friendly asphalt and little nameplates for tree species and it comes out in a little plaza and we can get some Fro-yo and that’s why people pay me to sit in my ironic chair, which is far more ironic that just it’s faux tiger stripes, and write things.

And that has made all the difference.

One thought on ““I Have Mixed Feelings About Urine in Sex Play.””