My husband’s Uncle Shep is a doctor and surgeon and has probably saved more lives than most towns have people. Yet he believes home based technologies peaked around 1993, and his home, which he graciously opened to my family for our stay in Pennsylvania, reflects that belief. Specifically, he had no internet. No computer even. His den television was a foot square and had a vacuum tube.

So I could not write, research, or digitally socialize.

He also, being a doctor, had no snacks of note. Well, he considered apples and cereal snacks. Friggin’ doctors, man. But all this was assuaged not just because he is a great guy, but because of the joy to be found sitting on the floor of an ob/gyn’s den and pummeling him with questions that anyone else would pale at, like, “Ya ever worked on anyone with just like…like a pocket-vagina?” Which he would answer with detail and severity. He even taught me how to pronounce “Leucorrhoea” a very common old fashioned term for white vaginal discharge that I’ve been stumbling over for years.

This was especially gratifying because the rest of Gus’s dear, generous and loyal family are WASPs (white anglo-saxon protestants, ladies of proper reserve and a deep appreciation of privacy in all matters). Aunt Patricia, Uncle Shep’s big sister, busted her back to provide joy and comfort to us and our kids, but wow did she shut me down when I offered to discuss the social significance of used menstrual rags.

“I just think there are many more fine points of history to discuss than menstruation,” she said.

But what are they? Bloody wars? Bloody historical disasters? Triumphs achieved through the shedding of blood? The blood soaked births of great men and women? It all comes back around to blood, I think.

I was there, not just to visit family, but because of this.

I was going to be in eastern Pennslvania, a mere bus ride from Manhattan. I saw no significance. But in a conference call between my new editor, agent, and apparently myself, there appeared one.

Them: Oh! We should have her come to the city!

Them: That’s a great idea!

Them: We could have her come in to the Port Authority or by train…

Them: We could show her all around so she see’s it’s not ALL dead hookers and glory holes.

So…let me tell you about my trip to New York City.

And it was a dreary start, friends. My husband dropped me off at the door to the bus station, half saying goodbye to me like he may never see me again and half drowning in the tidal wave of cranky our eight year old was beginning to mount against him.

When I got into the building I noticed that I was the only white person inside. That is a first for me and worth noting. Also worth noting is the lay out of the bus station: a big room with chairs facing the doors I’d entered, and a ticket cage to the side. I entered the doors, thought, “Wow, so many black folk! Where’s the ticket people?” Brain and body do not always coordinate properly, so I was still looking at the people in front of me when the thought of the ticket people made me realize the blue folder with my bus tickets and literary contracts was still on the dashboard of the car that was about to pull back into traffic.

So, to the uninformed observer, an overdressed white lady entered a bus station, saw twenty black folks, shrieked and ran back out the door. 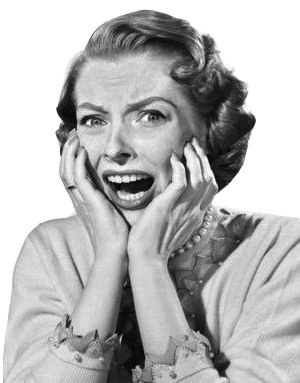 Oddly enough they didn’t seemed phased by it, nor held it against me when I returned short of breath, clutching the folder.

I showed the station cage-lady my tickets.

“What?” I grabbed the ticket I’d printed at home and tried to show her the error she’d made in her natural born East coast naivete, the same disorderly charm that forced every single person had I met to greet me with, “Ay howya doon?” No. No no no. See..departing…nine..right here! 9. 9pm. 9…pm?

I looked up in complete confusion.

“Weird dah computer didn’t catch dat,” she Jerseied at me. She then saw my face, filling with absolute bumpkin existential terror, and said, “It’s awright! We don hold ya to the time, just the day. Youse catch the nex one!”

“When’s that?” I whispered.

I shuttered into a back row seat, texted “I screwed up” to my agent, and, being the woman I am discovering her to be, she quickly rearranged her own schedule, my editor’s schedule, our lunch reservations…everything. I just had to sit and wait for the next bus. But that was lousy. The station wasn’t even depressing enough or bland enough to make fun of. Just open unmemorable space, a sticky looking Lady Pac-Man game and a coffee machine that gave you a choice of a shot of “extra white” in your coffee. “White” – not cream. And it tasted precisely like you’d expect an extra shot of void hue to taste, say…plaster of Paris with a fine sifting of pigeon droppings.

Fast forward that ’bout two hours. I got a window seat, next to a nice lady going to see her daughter. This is a picture of the bus. The man nearest the camera is the gentleman who, before the bus even pulled out, said over his shoulder, “Ma’am? MA’AM? Your voice?”

To which I gave the automatic response I’d use near a dozen times on that trip, “Oh jeez I’m sorry I’m from Oregon I’ve never [ insert activity].”

“Was I shouting?” I shout-whispered to the lady next to me.

“Naw naw you were fine. Just that no one talks on the bus now. They sleep or they have their phones.”

By gum, not a single other person was talking. Even people who HAD been talking to each other in the bus station. Their continued silence and disinterest amazed me as we drove through some marshland and the air turned orangish on the horizon, glowing over buildings larger than I’d ever seen but still recognizable from 37 years of tv, movies, books, life. New York.

I flipped through my music to find a suitable entrance song and settled on Hendrix’s Star Spangled Banner…least the first couple minutes cuz after that the acid kicks in and he kinda goes off the rails.

I only spent maybe three hours in New York. The shoes I had spent so much money on kept my feet from hurting, but not my calf muscles from immediately being subjected to a thousand tiny rips that flooded with lactic acid. I was trying to explain to my agent as we walked, or hobbled, through Times square.

“In Oregon…oh god ow…if you’re going to walk somewhere you have to decide to do it on purpose. Ow shit ow, sorry. Everything…far apart. Roads made for wagons and teams of horses! Not…ow…17th century Dutch people! Also I’m pretty tubby.”

Jessica is an impossibly graceful woman and made no fuss over my inability to do the simplest of human functions. I admired her smoothness at lunch, saying, “If I were to stand up on this table right now and slur out, ‘No one never gave Hitler a chance!! He was a brilliant strategist!’; you’d stand up next to me in perfect composure and say, ‘Yes and what she means by that…’ and by the time you’re done everyone would want my autograph.”

Descriptions for the agent, Jessica, and editor, Jean, beg their own entries so I won’t bother with them here. But it is telling that we three meandered out of the restaurant ( it was covered in vines, had waitstaff so beautiful and personable I wanted to sensuously rumple the hair of each and every one) and was off the park where they hold Fashion Week) talking about absolutely anything, having completely forgotten to sign the contracts that were the purpose of the meeting.

Me and two real New York business women, Jessica and Jean. Look! The folks are wearing suits! Not a Birkenstock in sight.

So we stopped in Bryant Park and I signed there.

Jean, Awesome of Little, Brown…and me signing my first book contract on some statue in Bryant Park.

Jessica took me back to the Port Authority in a real NYC yellow cab and I bought some of those pretty pastel macaroons that I like to think of as “New York Macaroons” and not “Port Authority Macaroons.”

She took me to my bus. There were at least five buses that said they were leaving for my town with no distinguishing characteristics as to which one was the one I should board, but she is Fancy Agent Jessica and she makes problems go away, so she put me on the right one, even bolting out and onto the bus, elegantly displacing surly New Yorkers twice her size with a smile and a word when she realized she still held my macaroons.

Port Authority. This picture is notable because it is completely un-notable.

I came home, got off the plane with a cold, had my computer update against my will and lock me out of everything I’ve written for my book so far because we disagree about whether or not I’ve purchased “Office”. Also it is slowly sinking in I’ve agreed to finish this book in four months time. None of this really bothers me. The rest of it is too wonderful. Look what I did! Look what I have! A dream turned real, and quick, that’s what.

I will never count New York as a great place to go though I intend to return for business many times. Mostly because I’m too absent-minded to navigate it. But I did realize that my dislike of it was mostly because I’d forgotten to allow it any humanity. I pictured a fairy-tale Dark Kingdom with faceless stone hearted “people” shoving their way through gilded wretchedness. But there were lots of color and smiles and even patience in the city.

But seriously, no fat people. I was dead on right about that one.

2 thoughts on “Therese vs. The City of New York”