Chris watched me from the sharp sky blue chaise couch in our hotel room and finally asked, “Do you want me to iron it?”

I had thought I was doing lovely. I had hung this linen flash-sale dress in my bathroom for an entire week, hoping the steam and gravity would eventually pull the wrinkles out naturally. But they hadn’t, and since I transported the dress wadded up in my Adventure Time rolling suitcase, I was now ironing it. 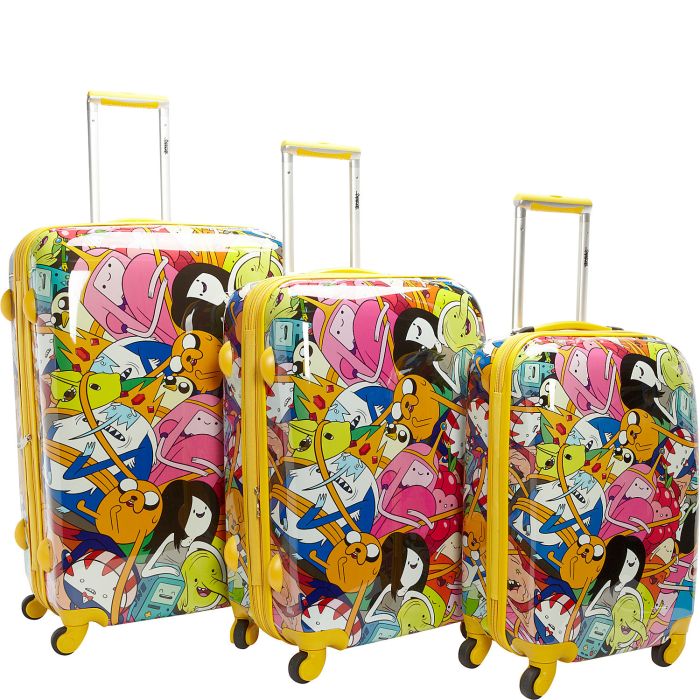 At first I was upset that my lack of math skills resulted in me purchasing the size too big to be a carry-on, but it turned out to be a blessing for carrying tubs of pasties to speaking engagements. And I AM SO A GROWNUP. I’m gonna do a whole post on Adventure Time one day, you’ll all see. YOU’LL ALL SEE!!

Chris is descended from Southern gentry. His clothes are starched and folded, his hair carefully pomaded into a fetching swirl. Satisfied that the dress was now just playfully rumpled, I began yanking on the iron’s cord, which refused to come loose from the wall.

“Hmm. Is that how we unplug things?” Chris asked.

“Apparently not because it isn’t working!” I was snappish, sweating too much. I still had to cake on a butter tub of make-up before I’d be presentable for this thing…and mousse my perm. I don’t know what else to do with my perm. I only got one cuz I had to. I mousse it.

Chris is my mentor and friend, and taught me how to be a published writer. He had agreed to accompany me to the Pacific Northwest Booksellers Association Convention, where Little Brown had reserved me one of 20 tables at an author’s event. It was far more chi-chi than I’d imagined; the hotel scraping the Tacoma skies and hand blown art displayed at every intersection of chrome and hardwood. 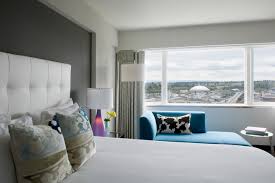 Chris is married to Ro, and Ro is the oft mentioned woman of wonder who I’ve known since we were kids, the woman who held me while my mother died and stayed at my house when my son was born. It is fitting that she’d marry a man of Chris’s caliber; intelligence, ultra-empathy, personal trainer, documentary film maker and writer, all wrapped up in a sports jacket and expensive jeans. I’m happy for them. But Ro is every bit as fastidious, hyper-aware and over achiever as her husband. I feared for him, having to spend 24 hours in my constant company.

Chris slowly lowered himself into the passenger seat I’d furiously burrowed into with an ice scraper just hours before, trying to get the crumbs of 100 muffins and french fries out of the crevices, and said, casually, “Have you ever heard of getting a car detailed? It’s really amazing how like new they can make your car.”

I think I responded with just a face mangled up in confusion. Ah, he must have noticed the dust coating the…everything. And the torn shopping bag I’d used to try and hide how sticky my drink holder was had slipped. And he opened that drawer below the radio where I keep my filth. He ought not done that.

I  said sympathetically,”You’re going to get really irritated with me by the end of this. Cuz I’m…just a delightful mess. And you’re all…you’re all…snootsy Portlandy.”

“Oh no, no, not snootsy,” he said with trademark passivity, using his hanky to dab at the (second round of) soda I spilled on his white dress shirt and sports coat within the first ten minutes of our drive by taking curves too wide. “Just a grownup.”

I take obscene pride in never having to have got my shit together enough to be mistaken for one. But it really helps to have them around when things are rough. 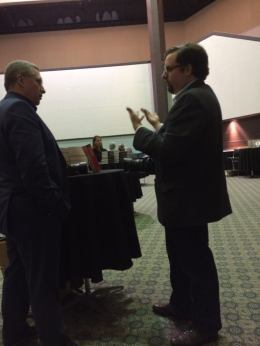 Chris, right, talking tripods with my neighbor (both at the covention, and as we discovered, in real life) John Bruning.

And he likely did find me a horrorshow by the end, but he is a gentleman and kind to boot, so he contained it well. He’d been playing this game; interacting with creative people for most of his life, and it showed. I was in awe of him, usually the picture of amiable reserve, working the room of movers ‘n’ shakers like he was on home turf, happy and natural.

And there was I, swinging my stubby legs, asking my brilliant publicist obnoxious questions (“But why am I even here ?” “Can I have cold water cuz this water is ‘abandoned bath tub’ temperature?” “I think I was wrong when I asked you to get a short chair cuz now I think I want the tall chairs.”) kicking the visually assaulting but yet beguiling tablecloth I’d made by sewing thriftstore scarves and random material scraps together, thinking about pie. Because the author next to me had written a pie book. And she brought ten pies. And I wasn’t supposed to leave my post to get any.

Oh, sure, he went Toddlers and Tiaras stage-mom a few times on the conference floor, (“Do you see how the OTHER authors are standing UP at their tables? As if inviting conversation? Think you’d wanna try that?”)

Listen. I’d lugged a dress dummy in bloomers, a giant framed poster, 16 pounds of nipple pasties and rose-chocolate tea swag, not to mention a small museum of stinky old perfume and medicine bottles 200 miles so as to appear interesting enough NOT to have to stand at the damned table. 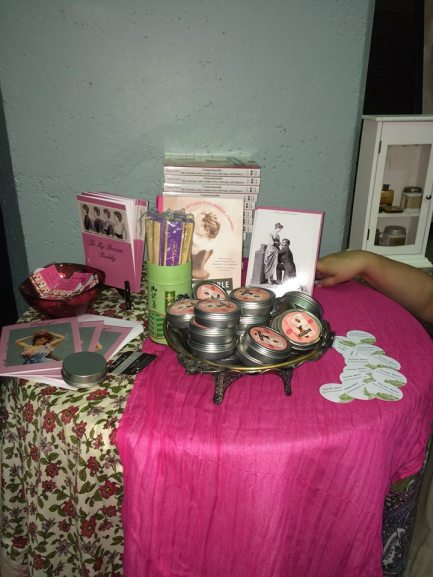 Besides, I didn’t know I was supposed to have a line of people wanting your book and inscription. I thought folks wandered, like at a flea market. But when a line formed, it was soooo much fun. When you ask a lady to pick a piece of swag, and she may choose between a fan, a tin of tea, or some nipple pasties….the ice is not just broken but shattered and fresh-water conversation gushes up. I was able to write something personal on everyone’s book, because each lady had something interesting to comment on.

-Do owls even have crotches?

-Wait, you were a goldsmith in high school? That was your hobby? That’s a THING?

-I know that town! There’s a whole bunch of people who HATE me who live around there! 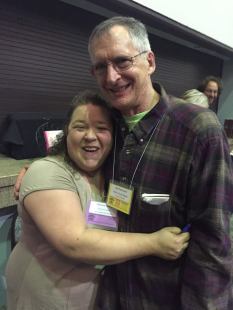 THE Bob! I got to grope THE BOB!!! He’s like a state landmark!

– Are you THE Bob of Lincoln City’s Bob’s Books (I shout his name and tackle hug him) oh my god it’s really BOB! My husband and I DATED in your store! It’s a foundation block of our marriage! Why do you keep the Victorian erotica so far in the back I can never find it?

Chris is spare with his compliments, like so many high achievers. But before we both plugged into our Cpaps and earplugs, and he wedged a huge cushion in the center of the king size bed we shared, fully jammied, he said I did well. Granted he might have been a bit spent on having to carry a bloomered dress dummy around all night, but I take it as a compliment.

A good grown up compliment.

3 thoughts on “Authors and Bookseller That I Have Groped, a Tribute, by Therese Oneill.”