By the end of Produce, my underpants had slid clear down my butt and hips. They came to a crumpled state of rest in the seat of my “joggers” (grey sweat pants with pineapples on them) and there they seemed content to stay. I tried, once, in the toilet paper, tampon and cold medicine aisle, to exhume them by hand and replace them. I did not try to hide what I was doing or who I am; a fat lady with exploding hair, wearing a knee length latch and loop cable knit sweater apparently borrowed from a devastated Dust bowl chicken farm, rooting around in her own pants. It was the medicine aisle. That’s like the hospital of the grocery store. I believe standards are different in that aisle.

And such was the state of my holidays that, when they had completely fallen by the dairy case, I left them there for the rest of my shopping trip, hoping but not bothering to check if my oversized sweater covered the outline of them.

I first got sick on October 19th. I was well for a single week in early December. I have been sick since. I refuse to give credence to the old ridiculous wives-tale that (despite repeatedly proving true through all of recorded history in every human’s own lifespan, has not been satisfactorily EMPIRICALLY proven),  that being IN the cold will GIVE you a cold,  and so I’m do not believe my sickness has anything to do with trying to help my wine-valley raised, snow-baffled children build a snowman.

Seriously they were utter dolts out there. They didn’t know the role-press-turn routine of getting a nice big snow butt. But they were dolts in snowpants and hats and gloves. I was wearing a sporty sundress because nightgowns creep my husband out.

We got through a tiny party for both my children, who suffer December birthdays, mid month. I attacked the Amazon boxes their gifts came in as if those boxes had raped my mother, stabbing and tearing with keys, steak knives, the sharp corner of nice rock I own. I threw the tangled seaweed of air pillows to my dog, who I’ve heretofore yelled at for playing with, hoping each bag would feel the force of her 250lbs per sq. inch jaw pressure.  Thinking “kill it. kill the joy. kill all of it.”

We pulled off the little party, I think. I was two Nyquil and a Robitussin down by then so I only remember missing my daughter’s bus as I incoherently instructed the girl at the grocery bakery to take all the Frozen shit off the blue cake and make it gender neutral and do it NOW (I caught the bus on it’s second time round the neighborhood), and the folly of hanging a pinata over a mud hole in December.

Oh, and somehow I purchased a completely different style, make, model of Apple Product (meant to be brand new Mini…was somehow refurbished Ipad2) for my daughter. I have no doubt the error was mine. I get turned around so easily with Apple junk. She was happy tho so I played it off like a pro.”Yeah! Just as big as mine! No…you can’t play any of those games on it…Roblox will make it melt. Ooo…here’s some Toca Boca…no…nope can’t run those…huh. But it’s like you got your own fuzzy giant camera now! Yay!”

I have GOT to stop buying gifts after taking cold medicine. And mixing that medicine with five hour energy drinks. And some pills. Or…screw it . Whatever.  I’m a beautiful fading sunset leave me the hell alone.

The ice storm hit again, but I needed a fucking Christmas tree. And though I love Christmas, yes, that is unfortunately how I continually referred to the symbol of family and joy in my head. Fuckincrissmaztree.

Compared to that, gliding sideways (wee heeeee…wheee I’m in a two-ton toboggan…!!) down a few empty backstreets to the nearest lot was practically lollipops and somersaults. The snow…the snow is cold. My hands froze dragging a tree from the side of the  QuikEMart that sold them. I paid the night clerk inside.

Except night-time, in pajamas and birkenstocks….also my legs are half that long.

“You need help loading that?” he asked, all but pleading I’d say no. And I did. Because I’m not sure he would have let me leave the lot in the manner I intended. Which was trunk completely open, tree hanging ass-end out the back, slippy-sliding a Camry back home.

My husband and I don’t eschew traditional gender roles on purpose. We like them, honestly. But we’re just AWFUL at them. We’ve narrowed them down to a mere handful. He doesn’t know what size clothes the children wear and he has never bathed them. I don’t know how to defrack or frag a computer, and on the bad lights that appear on my dashboard are not my problem. Also, I guarantee two full turkey feasts a year. That is all.

I was deep in the sick when I went to the smallest store in town to buy Christmas dinner. I chose the small one because I didn’t think I could walk a bigger one without dropping. The only turkey breast I could find was organic and the size of a softball. Me and two other women stood staring at the empty freezer case where the Cool Whip was supposed to be…refusing to accept that it was gone and genuinely expecting it to re-appear. We are Americans, goddammit, and we eat Cool Whip on pumpkin pie.

My bedroom had succeeded the state of fire hazard, due to the stacks of semi organized boxes and an archaeological layer of laundry that,

when I’m better, I’m simply going to throw away because the past two months has proven I apparently have no need for those particular clothes. It had graduated into the room on Hoarders that that the therapist gingerly steps into, eyeing stacks of boxes and swollen garbage bags that threaten to topple at with the tiniest mouse fart.

I wrapped, which I like. I like giving nice presents. I balanced the numbers as best I could because I knew my daughter would count, even though her presents were more expensive. When left me staggering, hacking into my elbow, in the nearest drugstor

e on the 23rd looking for least drugstore looking present for a ten year old possible.

Do you KNOW how cheap Wet’n’Wild make-up is? Oh sweet Jesus some of the lipsticks were on sale for fifty cents. I mean, they were all like, “Herpes Mouth Pink” and “Chemical Burn Red” but she’s ten, she loves that stuff. I sank to my knees in front of their display and filled my little basket with tacky, horrible colors that would delight her burgeoning femininity. Thank you Wet’n’Wild, you cheap bastards. With all my heart.

Christmas happened…the kids were happy. The tree was decorated with two ziplocs full of handmade ornaments over the years as a tiny family. That and that scary scary card of Krampus Gus put up a few years as a joke and I put up every year as a reminder of Gus being special.

I meant to start dinner. I went unconscious instead. Which was a crushing thing to do to Gus, who hates almost everything on this infection of a planet, but turkey.  I made it the next day, though. We all got one serving before our ancient, barely sentient cat parked her flea-bitten ass on the counter and started licking it. Which told the dog, who is usually better behaved, that the folks were giving out free turkey and…I got no turkey sandwich. 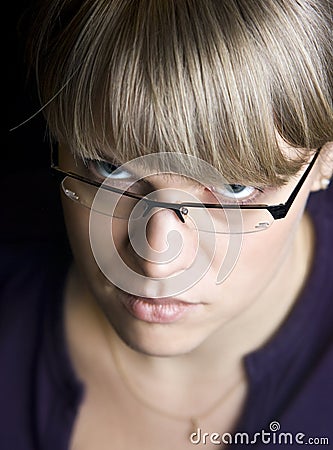 snackable food to keep my children from asking either of us for ANYTHING until after the new year. That should work fine if they will live peaceably on fruit loops, cheese, and microwavable corndog bites. The young man at the checkout asked if he could help me out as I slapped down box after box of Nyquil in front of him.

I have comfort reflexes that I’ve never grown out of. That night, it was to sink down behind the check-out. Really I was just resting cuz I was…SICK. But by maintaining unflinching eye-contact with the boy as I did it, and talking in gasps and wheezes, made it seem more awkward than ideal.

(Ooo is my rolling Adventure Time cartoon suitcase that holds all my book junk. Adventure Time takes place in the Land of Ooo…so, it makes perfect sense.) Things went smoothly enough after that.

One of the GREATEST one liners of the 80’s. Turned it into a personal mantra.

All right friends. Goodnight to all this. Wonderful things are around the corner.