I hated that room. I shouldn’t…I do enough historical reading and research to know that this room is a life-giving miracle. But I smelled like vinegar and old underpants, because the spare shirt my husband had grabbed me two days ago was a heavy sweater and the heater was broken in this room, so I hadn’t changed clothes for days.

I’d already abandoned all modesty at night, announcing to the night staff, “This is the maternity ward too, yeah? So you’ve seen ladies stumbling around in underpants and a sports-bra before? Good cuz these pants are coming OFF.”

Yeah then don’t LOOK if ya don’t like it.

It was my third day in that hospital room with my son. I’m not sure that room was even meant to be. The stone support pillar that was wedged against a small bedside table was an exact twin to a pillar on the opposite side of the building…except THAT pillar was exterior, outside the building??? For some reason they’d built a weird little room around this one. A strange little after-thought of space, not quite big enough for both his hospital bed, Jack’s sickness, and my general life force.

It was the asthma-dance. I hate it, but the steps are ingrained, muscle memory. The boy stops breathing normal, meds don’t clear his airways, he likely has pneumonia, we go to the ER and settle in until the virus clogging his lungs passes. 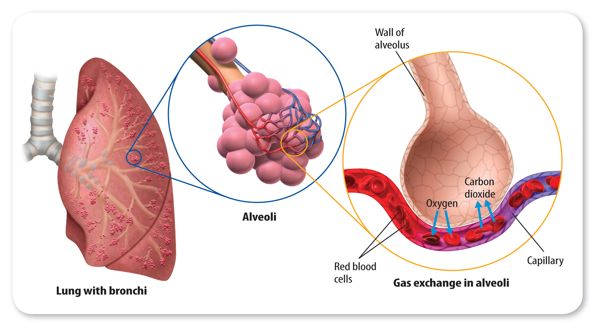 It’s basically…his lung-grapes that soak up oxygen get clogged with guck and not enough air is absorbed. Scientifically speaking.

We were quarantined, no one could enter or leave the room without papering up in yellow gowns and masks and snapping on blue laytex gloves. I’d been allowed out once, to buy Advil and a cookie (he hadn’t eaten in three days) at the gift shop while a CNA babysat.

I had to wore a mask the whole time, washed my hands every time I entered or exited an elevator, hallway, or room. I had to walk directly to the locked doors of the maternity/pediatric ward, no dallying to try to get a glimpse of that little newborn I could hear mewling through the walls. They never said if they were trying to keep germs off Jack or Jack’s germs off everyone else.

And after just the first two hours of the immense stress that comes with admitting a child to the hospital, you stop asking all but the most basic questions. And even that is difficult.

On this the third day, I was jimmy-legging and rocking slightly as a pediatrician read an “Asthma Action Plan” to me. It was how I should react if I ever go to take my son home. It said, “If his medicine don’t work bring him to the hospital.” This is the same “plan” my family has been instituting since I was two years old, lying in the space my now plain-breathing son occupied.

I could not bear her pace, one I would have appreciated for any subject I didn’t fully understand, but for this..I finally cracked and said (interrupted) as politely as I could, “You are exactly, precisely, to the letter…describing the process I went though that brought us here in the first place. And the last time. Time before that too. Not my first rodeo.” My voice was lilting a bit toward a hiss, so I smiled, because don’t be a DICK Therese. I know they’re trying to help, dammit. Be nice!

I felt disgusting. I hadn’t been too fresh to begin with..grabbing pajama-like clothing in the six minutes it took me to pack for the emergency room. I’d been surviving on whore’s baths with wet wipes and the occasional shower hose diverted straight onto my most offensive areas. TV was even more terrible than I remembered. When I slept, it was on a coffin size bench, my head resting where countless asses of anxious parents had been over the years.

But most of all, I was just so damn soul-tired. I wanted to go back home, where I was strong and safe.

In all stories there is supposed to be a moment where the sadness and misery of the plot crushes the main character, and spurs her to change or action. They call it The Dark Night of the Soul.

I hit that the second day. I had talked briefly to my husband, encouraged him to stay away for the day. I wanted him, but not as badly as it would hurt him to come. He is strong, but not when his children are suffering. He doesn’t understand the asthma dance like I do. His voice on the phone was far from okay. I told him all the small improvements Jack was showing, how he chatted up the female staff, how much he played with the blocks his dad had brought him.

And when I hung up I realized there was no one else to call. My mother…well. All I really wanted was her. But she is dead.

I don’t have any other blood family that will talk to me. My friends knew of my situation through Facebook. My very close friends knew from texts and brief calls. And they were all as supportive as friends should be, more so. But my mind landed on one person.

One person who…might…who could…I still can’t even finish that thought. I don’t know what I was expecting. I looked at Jack, his torso heaving with every forced breathe. He’d gotten worse since we’d been admitted. Viral pneumonia, swollen lungs, oxygen receptors choked with mucus. I began crying. My baby. This place. Me. Just hurt, and I cry when it hurts a lot.

Wee Jack, before it got really bad

And so I decided to go all in. Jackpot or broke. I called a mutual link, the one person who speaks to her often, and to me politely, and I asked.

I thought…there has to be a line. A place you get to where everything that happened before doesn’t matter anymore. An age where it’s more important to be a family than to stay angry. A place where whatever I once did can be forgiven. A place where if nothing else, I’m a remnant of our beloved mother. I wanted her to find this place, and picture where I’m sitting alone in the dark, watching her mother’s grandchild burn with fever as a line of faceless people stab him with needles and tubes. At that point…other stuff can’t matter, can it?

There were a LOT of images for “ignored” but they were too tragic. I gotta be honest with my big angry baby self.

I waited. It got dark and I cried. Thought…maybe now. Because it’s dark and…surely she knows I’m in a bad bad place if I even asked. We know I’m not supposed to ask. It’s been five years. Nearly the entirety of Jack’s life and half of his sister’s.

You did it again, I told myself. Spread open your arms, pointed at your vital places and said, “aim for here…it will hurt best here.”

I called Ro, who is a sister to me, blood or no. I made no sense, just cried into the phone. I had to go when the nurses came in to listen to his lungs and I was making too much noise, even huddled against the window, for them to work.  Ro intuitively heard what I most needed, and only five minutes later her own mother called me, one of a few dear women left, who tucked me in at night at sleepovers and kissed my head. The sound of my own name in a gentle, familiar, mothering voice made me start crying all the harder.

But the time to pity myself had passed. Jack was awake, there was a staff-shift change, instructions, questions.

I can’t remember how many friends texted offering every sort of help imaginable. Sent private messages and public cheer. My crisis was not the only one happening in most of my friend’s lives but they were there. Everything from taking my daughter overnight so her Dad could have some time to cope from offers to fly in from Boise just to sit with me. Real offers.

Jack is recovering with speed, yelling at the sloppy planning that goes into the schemes of the green piggies on Angry Birds. I feel like bleached denim, not the purposefully bleached sort but the result of accidentally dumping chemicals on top of a load of jeans. Drained, faded through, not as tough as you’d think. But I have my Gus and daughter back, and they have us. Family.

it’s who I am (the dramatic toddler, forever)

Family. I’ll probably always be waiting for that call.

It won’t come any time soon.

3 thoughts on “Dark Night of the Fourth Floor”